"Being poor, there wasn't much opportunity to go anywhere.  But between the covers of a book he could go anywhere, be anybody and do anything." (Biography.com)

How did the son of a third grade dropout become one of the most gifted neurosurgeons in the United States?  He had a mother who encouraged him to read.

Ben's mother, Sonya, married Robert Carson at the tender age of 13.  The couple had two sons, Curtis and Ben, followed by a separation after Mrs. Carson found out that her husband was already married to another woman.

As a single mother, Mrs. Carson balanced two or three jobs at a time as a domestic servant while trying to raise two young boys in inner-city Detroit.  Determined to make ends meet, she would buy her sons' clothes at the Good Will, patching them when necessary.  The family would pick corn at a local farm in exchange for a portion of the yield.

Although Mrs. Carson was a third grade drop out, she always encouraged her sons to do well in school.  However, both struggled in the early years, especially Ben who found himself at the bottom of the class.  When other kids ridiculed him, he would lash out in anger.  His temper seemed to get the better of him.

Mrs. Carson insisted that the boys get an education at home as well as at school.  She restricted their hours in front of the television.  Each week, she assigned them two books to read followed by a book report.  At first, Ben resisted, wanting to be with his friends.  However, in time, he started to appreciate literature.  "Being poor, there wasn't much opportunity to go anywhere.  But between the covers of a book he could go anywhere, be anybody and do anything." (http://www.biography.com/people/ben-carson-475422)

Books provided Ben with a means of escape.  They also gave Ben the chance to dream.  He started to see himself as the central character in each book he read.  Rather than sitting in a classroom in inner city Detroit, he could be Tom Sawyer meandering down the Mississippi or the lion from The Lion, the Witch and the Wardrobe.  By reading, Ben developped a hunger for knowledge.

Because the Carson's had little money, if one of the boys fell ill, they had to rely on medical assistance.  At the hospital, Ben would listen to doctors being paged over the intercom.  Rather than "Dr. Brown", he would imagine he heard "Dr. Carson".  This imagery was the beginning of his medical career.

But Ben, the child of a broken home, still battered the anger inside of him, which was bubbling to the surface.  He would fight over trivial things with his friends, classmates and mother.  One day, arguing about a radio station, Ben pulled a knife on his friend and stabbed him.  Fortunately, the knife blade snapped on his friend's belt buckle.

But Ben, unaware, raced home and locked himself in the bathroom with a Bible.  There, he pondered the verse from Proverbs 16:32 which says:  "Better a patient person than a warrior, one with self control than one who takes a city."  He memorized that verse which came in handy every time he felt the anger bubbling over again.

With his interest in his own success, Ben's teachers started showing an interest as well.  At Southwestern High, he had several mentors, especially in the science department.  Thanks to his mother's insistence that he read and study at home, he had developped good work habits and excelled in high school.

Despite the downturn in the auto industry, Ben managed to find summer jobs in Detroit to save money for college.  His years of reading and working on his homework paid off as he received a scholarship to Yale University where he completed a psychology degree.

Ben went on to medical school and graduated as a neurosurgeon in 1977.  He received a job at Johns Hopkins Hospital where he became the head of Pediatric Neurosurgery at the tender age of 33.  Ben became famous for separating conjoined twins, including a pair from Germany and a pair from Iran. Time magazine named him one of the 20 Foremost Physicians in the United States in 2001.

An avid reader makes an avid writer and such was the case with Ben who authored several books, four of which are bestsellers.  Gifted Hands talks about his work as a surgeon.

Ben retired from medicine in 2013 and announced he was entering politics in 2015. 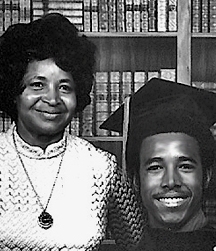