"The Merchant of Death is dead," reported a French newspaper in 1888, mistaking Emil Nobel for his brother, Alfred.  Alfred Nobel, the inventor of dynamite, did not want to go down in history with such a moniker.  Childless and single, he decided to leave his fortune to a prize championing the cause of peace.

Alfred Nobel was born into poverty in Stockholm, Sweden.  His father, an engineer, later built a decent career building bridges and buildings.  However, the economy suffered and downswing and Mr. Nobel declared bankruptcy.  Later, he moved to St. Petersburg, Russia where he finally enjoyed some financial success.

From a young age, Alfred demonstrated a passion for knowledge.  He particularly loved poetry and dabbled in it as a youth.  However, his father, wanting him to be an engineer, discouraged his study of literature.  Alfred also showed a passion for languages, becoming fluent in Swedish, German, French and Russian, English, which would serve him well in his world travels.  Alfred's knowledge of the latter was vast enough to write poetry in it.

Mr. Nobel sent his son to Paris, France to study science.  Later, Alfred moved to America to study under the engineer John Ericsson, who built the Civil War ship the USS Monitor.  While in Russia, Alfred studied under chemist Nikolai Zinin.

Alfred fell in love with chemistry and devoted the rest of his life to studying it.  He was particularly interested in inventing a substance that would detonate nitroglycerin safely.  His patent for dynamite followed in 1867.  While he lost his brother Ludwig to a chemical experiment in 1888, he continued to work in the field.  Eventually he filed 355 patents and opened a worldwide network of almost 100 factories.  Alfred amassed a fortune of $9 million, which he donated to the Nobel Prize upon his death. 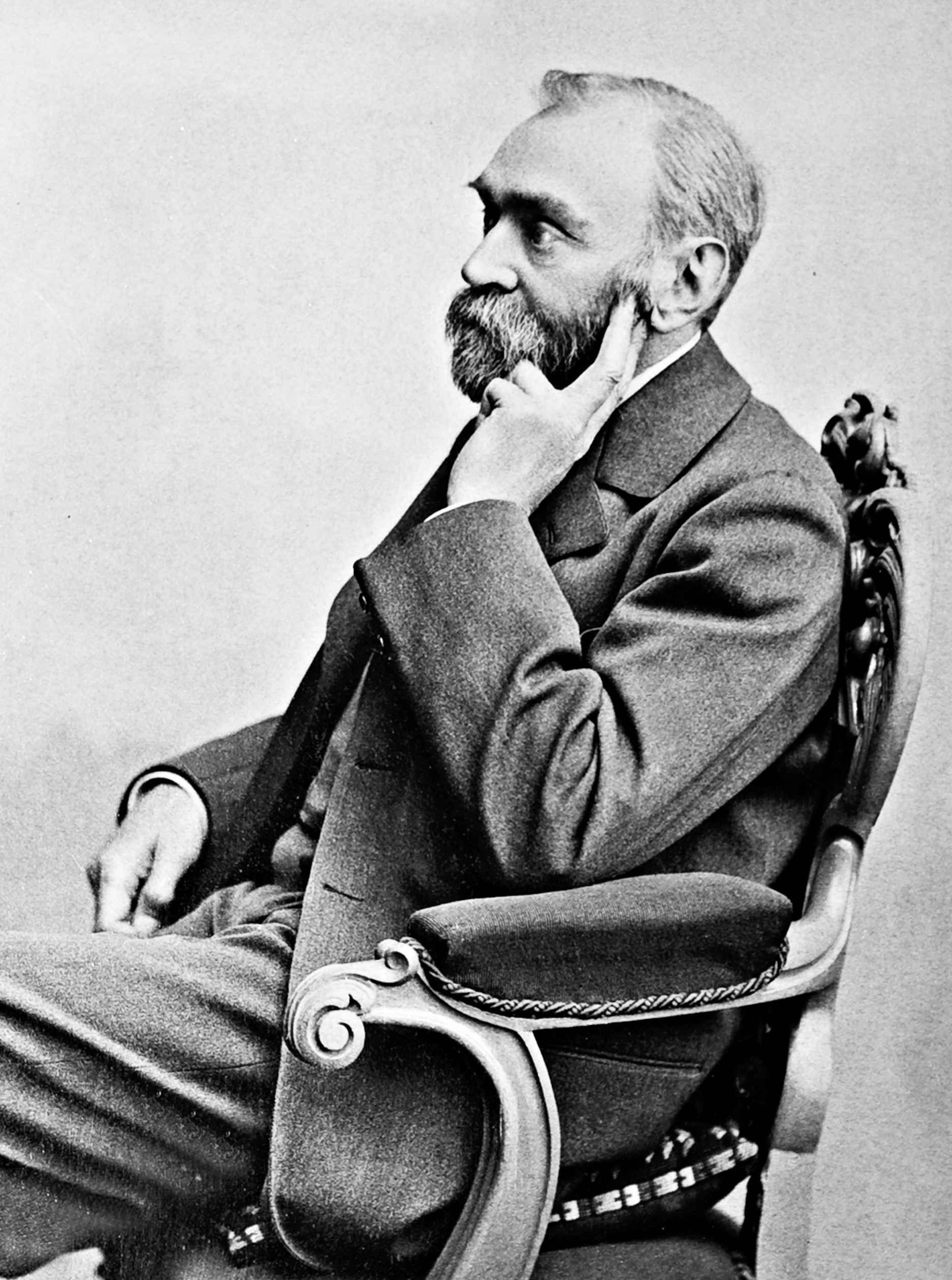