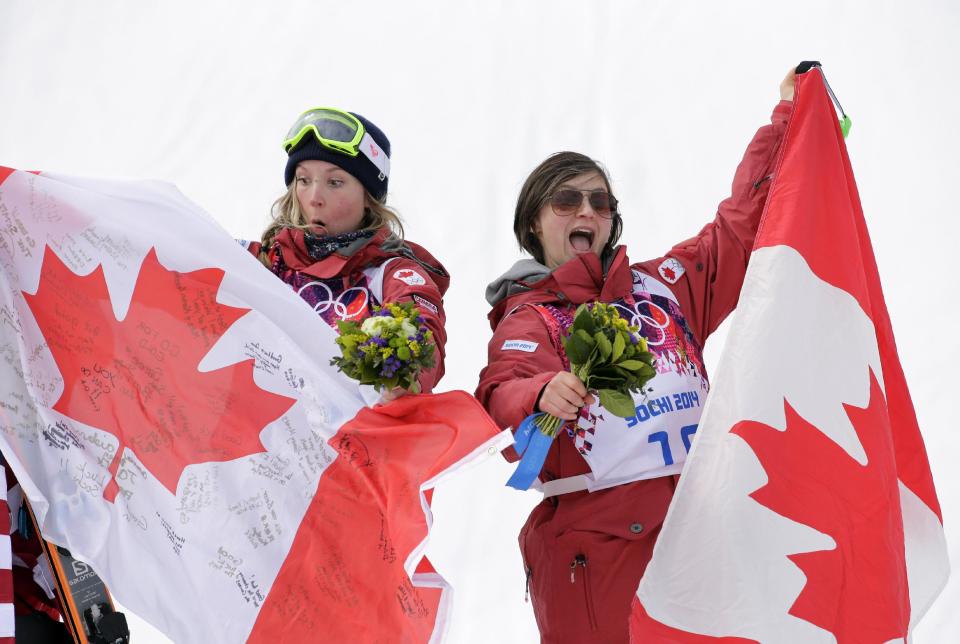 Huntsville native Dara Howell learned how to ski at the tender age of 18 months.  While she enjoyed being on the hill, she was such a klutz that her mom used to put a helmet on her even when she tobogganed.  She skiied for several years, but tired of travelling to Collingwood when she had a mountain right in her hometown of Huntsville.  For a short time, she switched to figure skating.  However, the mountain kept calling her and she returned to skiing.  Sarah Burke was her inspiration to try slopestyle skiing.

While the 19-year-old Dara is graceful on the hill, her klutizness has never quite escaped her.  After arriving in Sochi, she crashed into a lampshade and required two stitches right between her eyes.  Once she was stiched up, she returned to the hill.  On race day, the course was slushy and the going was tough.  Fellow Canadians Kaya Turski and Yuki Tsubota both crashed, the latter suffering a broken jaw.  However, Dara put down an amazing run, capturing the gold.  Silver medalist, American Devin Logan, was so impressed that she said:  "I was happy to lose to her.  She deserved it."

In the meantime, Dara's teammate, Kim Lamarre, also raced Tuesday.  Growing up in Quebec City, Kim used to parade around the house in her grandma's ski costume, the one she wore when she raced at the 1956 Olympics in Cortina d'Ampezzo, Italy.  Like Dara, Kim's inspiration is Sarah Burke.  While Kim struggled with her first run, she called on Sarah's strength before she completed her second run.  And she nailed her jump.

For Dara and Kim, there were three Canadians on the podium that day.  Rest in peace, Sarah!