After seven knee surgeries, Canadian skiier Jan Hudec was wondering if he could even climb the Olympic podium let alone earn a medal.  Shortly before Sunday's race in Sochi, Jan buried a loonie at the base of the ski hill for good luck.  After the race, he was standing on the podium, a bronze medal around his neck. 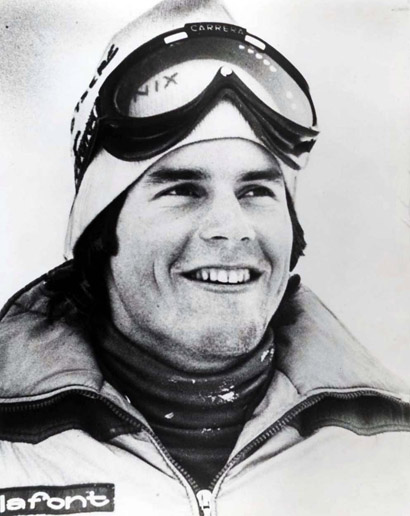 For decades, the Austrians, and other Europeans, ruled the mountaintops in downhill skiing.  No North American had ever won a World Cup downhill.  All that changed with the arrival of Canada's Crazy Canucks (see post "Whoever Believes Will Achieve" http://alinefromlinda.blogspot.ca/2012/11/whoever-believes-will-achieve.html).  Ken Read broke the European domination when he captured gold at a World Cup downhill in Val d'Isere, France in 1975.  Others followed including Steve Podborski who won the overall World Cup title in 1982.  Both Read and Podborski also captured Olympic medals.

However, with the retirement of the Crazy Canucks, Canada's alpine ski team seemed to lose momentum. Even so, Edi Podivinsky captured bronze in 1994 in Lillehammer, France.  A twenty year drought followed for the Canadian men.

That all changed with the arrival of 32 year old Jan Hudec from Calgary.  Hudec has been skiing for years. Plagued by knee injuries for the past decade, an Olympic medal has eluded him.  Married with one son, Hudec knew he could not rely on downhill skiing for an income.  Last year he opened an optometry business in Calgary.  At the same time however, he was bound and determined to give the Olympics another shot.

His right knee was in such bad shape that a fellow skiier joked that it was held together by elastic bands and paper clips.  While Hudec did not have youth on his side, he did have heart.  It was not until two days before the event, that the Canadian finally felt confident about the race, after laying down a great training run.  But he didn't want to leave it to chance.  So he buried a lucky loonie at the bottom of the ski hill (likely inspired by the lucky loonie buried in the ice at Salt Lake City before Canada's gold medal game).


Canada did not fare so well on race day.  Favourite Erik Guay unfortunately caught an edge and wiped out on race day.  Manual Osborne- Paradis placed 24th and Morgan Pridy came a respectable 10th.  But Jan Hudec burned down the course, tying with American Bode Miller for bronze.  While he would have preferred to share the podium with a fellow Canadian, Hudec was still smiling.  His lucky loonie had done the trick.