War photographer Nick Ut captured the most famous picture of the Vietnam War, 'The Girl in the Picture", a girl running from her village after being hit by a napalm bomb which burned the clothes right off her body (see my post "The Girl in the Picture" at http://alinefromlinda.blogspot.ca/2012/04/girl-in-picture.html).  Here are ten photos by Nick Ut which brought the war into American living rooms and the American conscience.

1.  The Girl in the Picture 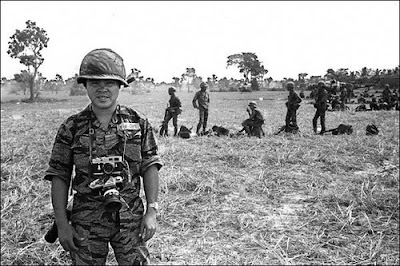