I'll never forget the summers of my childhood in Grand Bend, Ontario.  My Mom, my sisters (and later my brother) and I would spend the day at the beach.  Sometimes, in late afternoon, dark clouds would blow in and before we knew it, a thunderstorm would hit.  We would pack up our towels and head for cover. We would sit in our mobile home and watch the fireworks display.  There's nothing like a thunderstorm on the lake.  It was more magnificent than anything you would witness on land.

Alex Colville's Family and Rainstorm reminds me of those thunderstorms, only this time set in Nova Scotia rather than Southern Ontario.  Dark clouds hovering over the water threaten to burst open at any moment.  A mother holds the car door open for her son and daughter as they climb inside.   The children, likely drained from a day of sun and sand, are ready to collapse.  The mother is likely dreaming of a warm bath to clean off the sand that clings to her body.  I see visions of the car, only minutes later, driving down the road, its wipers working full speed, its occupants relieved to be inside. 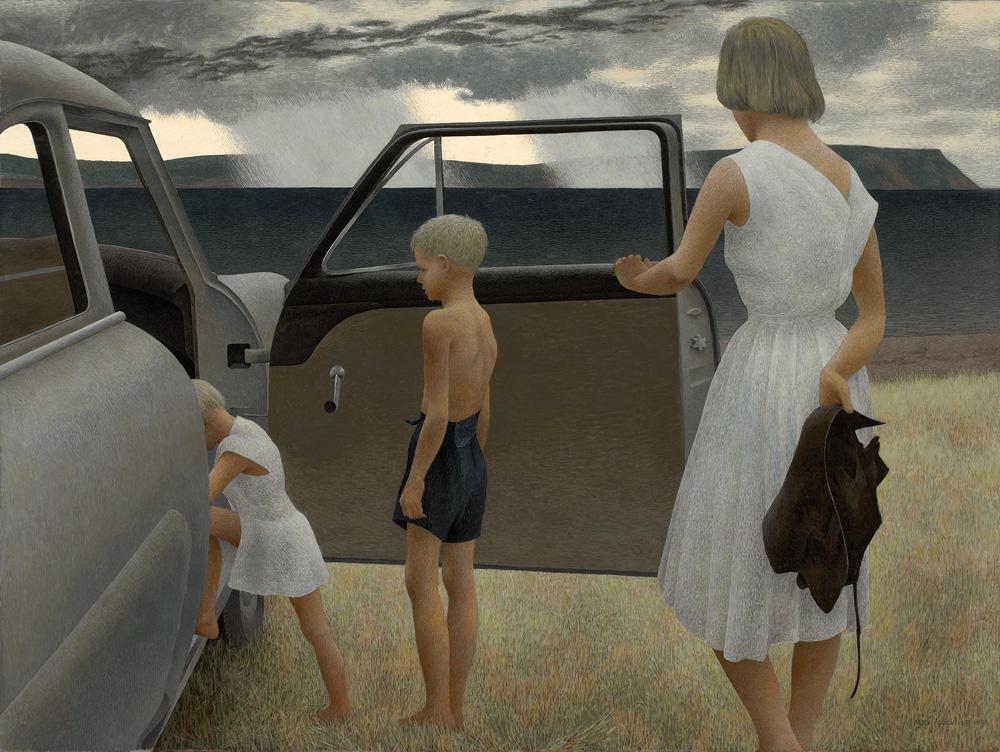