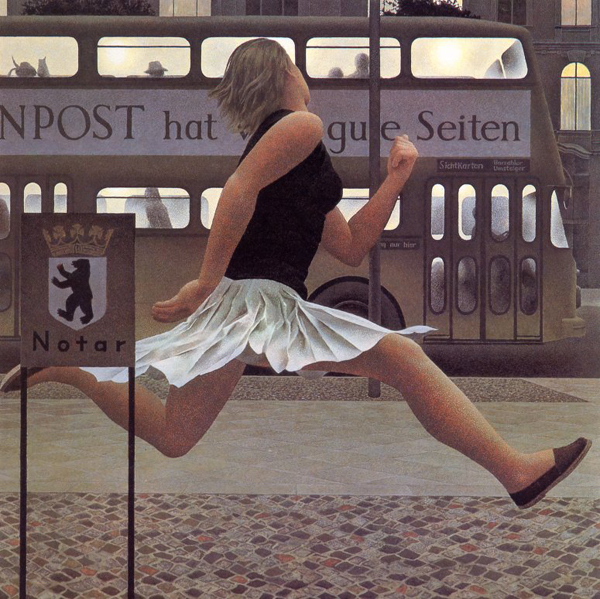 In 1971, Alex Colville worked in Berlin as a Visiting Artist for the Kunstlerprogramm.  Fascinated by the city's double decker busses, he sketched one.  In 1978, he produced a painting of the Berlin bus, this time with a girl running alongside it.

While Paris introduced the first motorized double decker "autobus" in 1906, the first one appeared in Berlin in 1923.  The double decker bus, while able to hold more passengers, was difficult to manoeuvre under bridges or up hills.  However, Berlin, being so flat, lent itself well to the double decker model.  Bus transportation was crucial in a city like Berlin, which today is nine times the size of Paris.  The double decker busses were a good way for people to commute to work.  In more recent years they have been used for tourists.

In 1973, the first female drivers were hired (https://www.youtube.com/watch?v=DkKZSgt9fHk).  The same year saw the postal service issue a stamp commemorating the 1970 "doppeldeckautobus" (https://commons.wikimedia.org/wiki/File:Stamps_of_Germany_(Berlin)_1973,_MiNr_449.jpg). Berlin's double decker bus fleet peaked in 1992 at 1000, but ten years later had fallen to 450.  At that time busses held 95 passengers.  The new busses can hold up to 128 passengers. 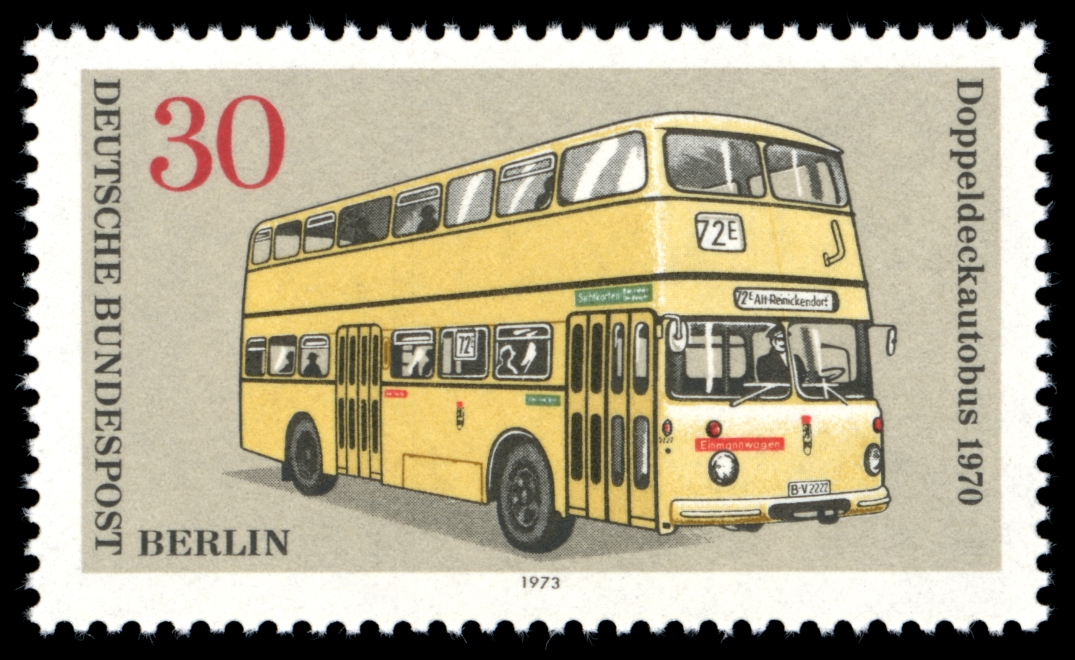