"Chicago.  City on the make.  A tangle of hustlers, gangsters, corrupt politicians.  A city of nobodies nobody knows, the ginsoaks, stew bums and shell shocked veterans who lurk in the alleys and linger in the weedy wastes underneath the L tracks and a town that sells out its dreams and disappoints its dreamers, but once you've become a part of this particular patch, you'll never love another.  Like loving a woman with a broken nose, you may well find lovelier lovelies, but never a lovely so real."

Nelson Algren's 12,000 word lyrical essay, written in 1951, captures "an aspect of Chicago that still applies today" (https://en.wikipedia.org/wiki/Chicago:_City_on_the_Make).  He touches on major events which have shaped the city's 120-year history:  the Great Fire of 1871, the Chicago World's Fair of 1894, the White Sox Scandal of 1919, the political corruption of the 1920s and Prohibition of the 1930's.  In fact, in the 1920's and 1930's, "many Chicago policemen earned more money from pay-offs than from the city" (https://en.wikipedia.org/wiki/Political_history_of_Chicago).

Author A. J. Liebling takes credit for dubbing Chicago "The Second City" in 1952.  The Windy City always felt like it was in the shadow of New York City.  Carl Sandburg, in his famous poem "Chicago", asks "who are those who sneer at my city?", referring to New Yorkers.  What a coup it was for Chicago to win the bid to host the World's Fair in 1894, outbidding New York City.  That's how it acquired the name "Windy City", after the long-winded representatives from Chicago who made the fair bid.  The competition between the two cities persisted.  In the 20th Century, Chicago and New York City outraced each other to the sky, building the biggest and the best skyscrapers.

While Nelson Algren's Chicago may have been full of corruption and suffered from an inferiority complex, Algren "did indeed love the city and held high hopes for it, not in spite of its imperfections but because of them." (http://www.dwrl.utexas.edu/orgs/e3w/volume-12-spring-2012/contested-cities/susan-quesal-on-chicago-city-on-the-make)  For example, the Great Fire which struck Chicago led to its rebuilding, bringing in the country's best architects and leading to a city now known for its beautiful buildings.  Algren's "second hand sea", now much less polluted since the rerouting of the Chicago River, has become a playground for Chicagoans; it's one of the most beautiful waterfronts in America.  The White Sox scandal was taxing, but the team, and the fans, remain.  Algren was a diehard fan until his death.  Prohibition was repealed, slowing down, although not eliminating, the criminal activity in the Windy City.  In the 1920's and 1930's, the Chicago Police Force was known for its corruption.  Forty percent of police officers were killed in the line of duty.  In 1942, the force   established the first Human Relations Section in the nation, and in time, its image improved.

Algren could see the potential that his hometown had.  That is the undercurrent of the "definitive prose portrait of the city of Chicago" (https://en.wikipedia.org/wiki/Chicago:_City_on_the_Make). 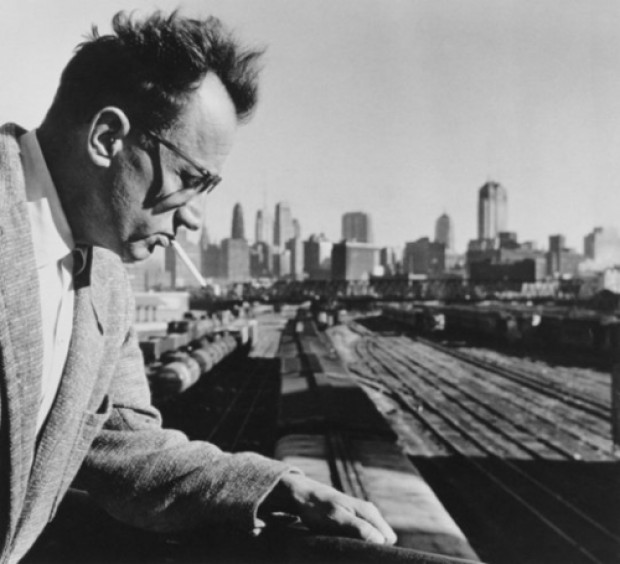