Death on the Nile

Almost everyone on the cruise down the Nile River has a reason to hate heiress Linnet Ridgway.  Mrs. Van Schuyler wants her jewels.  Linnet's maid is upset because she won't give her a promised dowry.  Writer Salome Otterbourne faces a lawsuit launched by Linnet.   Salome's daughter, Rosalie, wishes to protect her mother.  American Andrew Pennington has been embezzling from the Ridgway's.  Former friend Jacqueline Bellefort is outraged that Linnet stole her former fiance, Simon.  It is not long before Linnet Ridgway is murdered.  When all is said and down, 5 out of the 13 main characters have died.  It falls to Hercule Poirot, who is also aboard the S. S. Sudan, to unravel the mystery. 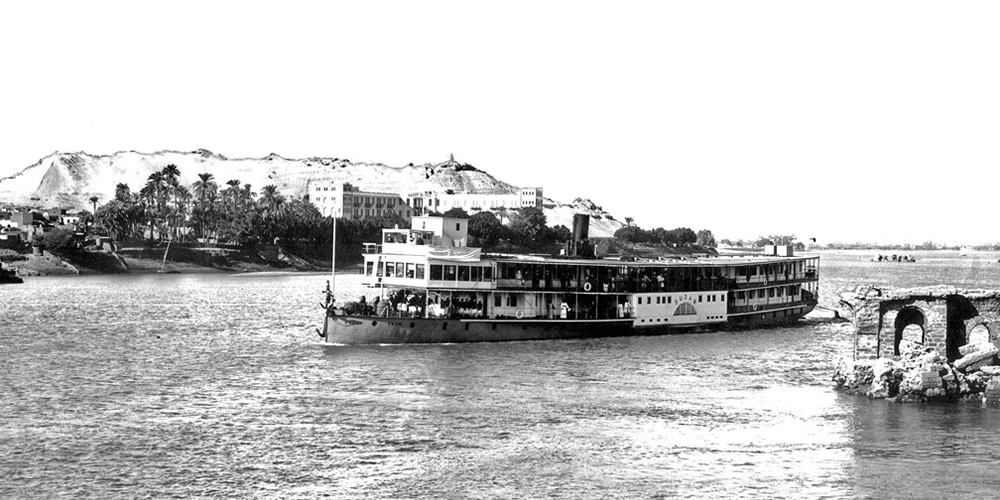 The 1930's were the golden age of Nile River cruising.  Diplomats, businessmen and archeologists paid to ride on boats like the S. S. Sudan.  In 1933, Author Agatha Christie, along with her archeologist husband, took this boat.  Refined ladies with parasols and gentlemen with pipes would stroll its decks.  Fine Egyptian cuisine was served in the charming dining room.  The wooden panelling, gilded and copper bed frames and parquet floors in the cabins kept the passengers coming back. The five day cruise aboard the S. S. Sudan, still running today, follows the Nile River from Luxor in the north, to Aswan in the south.  Highlights include the Giza Pyramids and the Sphinx.  The ship boasts 15 cabins and 8 suites, including the Agatha Christie Suite and Hercule Poirot Suite. It was here that the bestselling novelist penned her famous book Death on the Nile.

Death on the Nile, published in 1937, courtesy
http://www.agathachristie.com/stories/death-on-the-nile.