Underneath the Ordinary Lies the Extraordinary

About five years ago, I took an online writing course through Mohawk College.  One of our assignments was to put on our "journalist's cap", venture out into the streets, and find a newsworthy story.  I didn't think I'd find a story of any importance in the small city of Brantford, but I was willing to try.


I had some time to kill while I waited for an hour at the specialist's office, so I got out my pad and pencil, and started to write, remembering that a good observer makes use of all five senses.  I made note of the paintings and posters on the waiting room wall, the conversation going on between the receptionist and the unknown caller, the occasional traffic noises coming from the street when a patient opened the door, the antiseptic smell that permeated the room.

And then it happened...a big, juicy story started to unfold itself right under my nose.  The elderly man on my right struck up a conversation with the teenage girl on his right.  "How did you break your arm?" he asked, pointing to the arm in a cast and sling.

"I was involved in a shooting," she said.  All of a sudden, I leaned in closer, all ears now.

"How did that happened?" asked the elderly man.

"Do you remember hearing about a police chase in Brantford the other day?" asked the teenage girl.
The man nodded his head.  "Well, I was riding in a vehicle that got caught between the police cruiser and the vehicle it was chasing.  I was caught in the crossfire and got shot."

By now, I'm writing furiously, trying to keep up with the dialogue.  Thoughts were racing through my head.  What are the odds of hearing about a juicy story like this?  I've lived in Brantford for fifteen years and never heard of anything like this happening in town.  While shootings might be common in parts of Toronto, they certainly aren't common here.  And a police shooting at that...even less common.

I started to tune out as the elderly man talked about how the teenage girl's injury brought back memories of his deer hunting days.  I had the gist of the story, nonetheless.  But I wasn't finished for the day; I wasn't ready to take off my journalist's cap just yet.

After over an hour, I finally was ushered in to see the specialist.  What was on his wall?  One photograph showed the doctor wearing a gui and a black belt.  Another was a large portrait of him and his family.  He was dressed in a military uniform.  While he examined my finger, I broached the subject:  "Did you fight in a war?" I asked.

"When did you come to Canada?" I asked, moving on to a new topic.

"In 1979.  I was one of the boat people," he responded proudly.  My ears perked up -- newsworthy story #3.  "My family and I floated on the sea in a small boat until we reached land and freedom."  I couldn't believe it.  I was old enough to remember when the boat people arrived.  What incredible stamina and bravery they must have had to attempt such a journey!  And one was standing right in front of me, in the small city of Brantford. I commended the doctor for his bravery.  But the multi-talented doctor wasn't finished yet.  Somehow we got on the topic of jazz, and I told him how my dad was a jazz musician.  As the doctor finished up his exam, he gave me a free CD that he had just made with his jazz trio.  "Thank you very much!" I said, exiting the office.

I raced home, eager to finish jotting down what I had learned in the specialist's office.  It wasn't just about the teenage girl caught in the police crossfire; it wasn't just about the young doctor serving on the battlefield in Vietnam; it wasn't about his role as one of the Vietnam Boat People.  It was how I had found, in a doctor's office in little old Brantford, not one, but three newsworthy stories.  There, lying underneath the ordinary, I had found the extraordinary.  That's what happens when you don your journalist's cap. 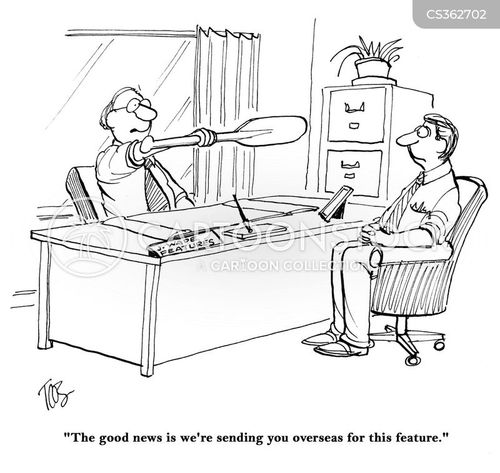