The apple seed is not much bigger than a grain of rice.  Yet it can grow into an apple tree up to 40 feet high.  One apple tree can produce between 150 and 300 apples per year.

The apple seed originated in the Caspian and Black Sea in Asia.  Later it was brought to Europe and then North America.  Pilgrims arrived with apple seeds which they planted in the Massachusetts Bay Colony in the early 1600's.  For decades, they remained in the colony.

However, Johnny Appleseed, the son of a Minuteman who fought in the American Revolution, changed all of that.  Born in Pennsylvania, Johnny moved west in 1792 and lived a nomadic existence.  Apprenticing as an orchardist under Mr. Crawford, Johnny learned how to care for apple trees.  He planted apple tree nurseries in several states including Ohio, Indiana, Illinois and West Virginia.  Once he moved, he asked the locals to care for the newly planted nurseries.  Today, apples are grown in all 50 states.

It takes four or five years for an apple tree to produce fruit.  The energy from 50 leaves produces one fruit.  The apple tree can live for 100 years or more.  The average apple orchard covers 50 acres.  The top five apple producing states today are Washington, New York, Michigan, Pennsylvania and California.

"An apple a day keeps the doctor away" is a saying that comes from the fact that apples are full of nutrients including antioxidants, two thirds of which are found in the skin.  The study of apples is called "pomology"; "pomme" is the French word for apple. 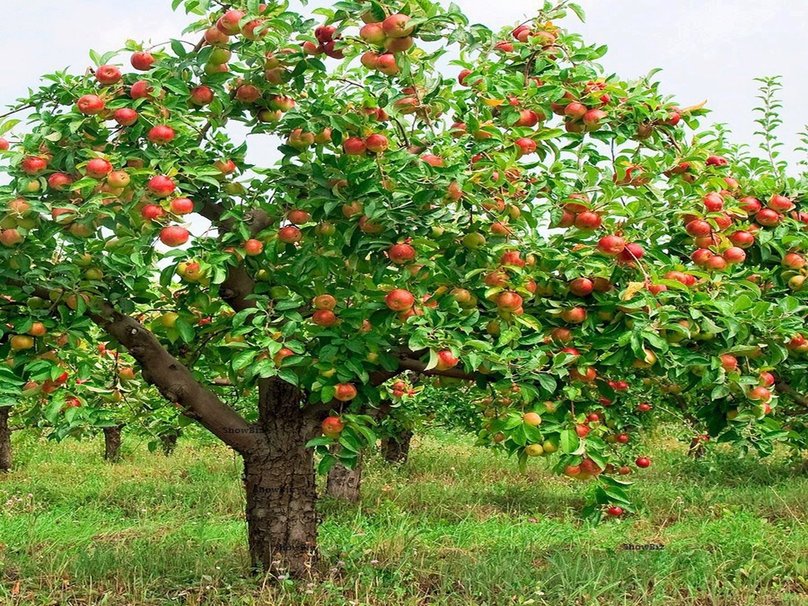 www.stpaulsteinbach.org
Posted by Linda at 15:52